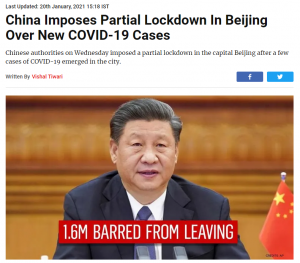 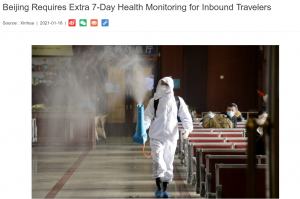 BEIJING — A partial lockdown was imposed on the Chinese capital Wednesday, with 1.6 million residents banned from leaving Beijing, after a handful of cases were detected.

Seven cases were reported in the city on Wednesday, including six in southern Daxing district.

All 1.6 million residents of Daxing must not leave Beijing unless they have received special permission from the authorities and tested negative for Covid-19 in the past three days, the district said.

As news said, we’re lock down at home, but don’t worry, we still keep work as normal, you can feel free to send us inquiry, orders never stop.